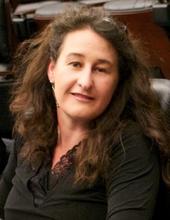 Rachel Clements completed a BA and Post-Graduate Diploma in Business at QUT in Brisbane. She wrote and produced her first short film Flasher in 1996, winning Most Popular Film at the Queensland New Filmmaker Awards. She then moved to London where she worked for Miramax Films and MTV Europe. She returned to Australia to attend the AFTRS and graduated in 2001 with a Master of Arts in Producing; she was the recipient of the inaugural FFC Creative Producer Award. Short drama films produced by Rachel, including Joy by Cate Shortland and Into the Night, directed by Tony Krawitz, won many awards.

From 2004 to 2009, Rachel worked at CAAMA, Australia's largest Indigenous multimedia organisation, undertaking a producer/production manager role for 2 years and the executive producer role for 3 years. Rachel was Executive Producer at CAAMA during the development and production of Warwick Thornton's Samson and Delilah. She produced award-winning shows including children's drama series Double Trouble (Channel 9 and Disney), and numerous television documentaries broadcast in traditional Indigenous languages.

In total, Rachel has produced or executive produced over 85 hours of documentary films, short drama films, television drama series, and documentaries for NITV. She has attended markets and festivals with her projects including Cannes, Sundance and MIPCOM. Her films have won awards at festivals including Chicago, Aspen, San Francisco, Houston, Mill Valley and St Tropez, at national awards including AFI, AWGIES, Melbourne and Flickerfest. Film and television projects have been sold to international broadcasters including Channel 4 UK, SVT Sweden, Raisat Italy, and Israel Educational TV.