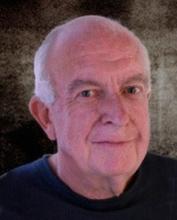 Curtis Levy is an independent filmmaker who has made numerous documentaries for television and cinema release. His films have won many international awards.

In 2004 Curtis Levy completed THE PRESIDENT VERSUS DAVID HICKS, a film about the Australian Taliban fighter incarcerated in Guantanamo Bay. It was officially selected for the Hot Docs International Film Festival in Canada and the Full Frame Film Festival in the U.S. .

In 2001 he completed HIGH NOON IN JAKARTA, an intimate portrait of the President of Indonesia, Abdurrahman Wahid, filmed over a four month period in the Freedom Palace in Jakarta. This film was selected as a finalist at the Hollywood and Banff Film Festivals, and the Atom Film Awards.

Other films Curtis Levy has made in Asia include THE WHITE MONKEY, a film about an Australian priest, Father Brian Gore, charged with multiple murder and imprisoned in the Philippines by the Marcos regime, and BREAKOUT, about the mass suicidal breakout by Japanese prisoners-of-war from their prison camp in Cowra. BREAKOUT won the Award for Best Television Documentary at the Chicago International Film Festival.

Curtis Levy has also made several films about Australian Aborigines, including SONS OF NAMATJIRA, about a group of Aboriginal artists living in a camp outside Alice Springs.