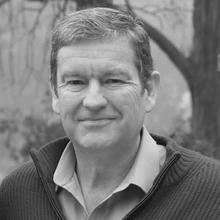 Andrew has worked as a producer and director for over thirty years. Combining drama and documentary work, he has created award-winning productions for Australian and international audiences. With a particular interest in the interplay between historical events and the present, recent drama titles include Parer's War (2014), Sisters of War (2010) and Curtin (2007). Andrew's documentaries focus on health-related and stories and include Driving with Richard, (1992) Wonder Boy (2001) and Shake Rattle and Roll (2005).