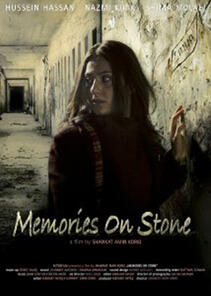 An extraordinary comedy (albeit very dark) from Erbil, the capital of Iraqi Kurdistan.

After the fall of Saddam, two friends decide to produce a film about the Al Anfal massacre of Kurds in Iraq. But making a film in post-war Kurdistan is not easy, and problems escalate. Some problems will resonate with filmmakers anywhere – inadequate finance, temperamental stars, and weather events. But many of the challenges are specific – smuggling an actress across a border on a donkey and in the line of fire of border guards, for example.

With great visual and comedic flair, director Shawkat Amin Korki delivers a story laced with autobiographical touches. Through the trials and tribulations of his protagonists, a poignant portrait emerges of contemporary Kurdish society haunted by its past.

Shawkat Amin Korki was born in 1973 in Iraqi Kurdistan. He studied cinema in Iran where he lived in exile for 25 years. He worked in theatre, television and cinema before his return to Kurdistan. Korki gained international recognition with his debut feature Crossing the Dust (2006) winning 20 awards around the world.