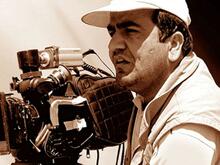 Born in Iraqi Kurdistan in 1973, Shawkat Amin Korki and his family fled from military oppression in 1975, living in exile in Iran for 25 years. Korki returned home and wrote, directed and produced his first feature film in Iraqi Kurdistan, Crossing The Dust (2006). The film won many international prizes and was nominated for the inaugural Asia Pacific Screen Awards for Achievement in Directing.

His third feature, Memories on Stone (2014), has won fourteen awards internationally to date including in 2014 Best Film from the Arab World at the Abu Dhabi Film Festival, the coveted APSA UNESCO Award and was Iraq's official Academy Awards® submission.