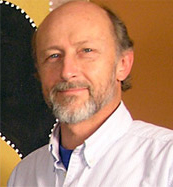 ROD FREEDMAN is an independent director, producer and executive producer whose documentaries have won many Australian and international awards and screened in dozens of film festivals. Rod and his partner, Lesley Seebold, run Change Focus Media – producing television documentaries and educational programs. Rod is particularly interested in stories about people and their life's journeys.

Rod's personal film about his Lithuanian great uncle, UNCLE CHATZKEL (1999, SBS), had two AFI nominations and screened in over 50 international festivals on every continent. ONE LAST CHANCE (2000, SBS), an investigative film about a Lithuanian war criminal, won 3 awards in the USA. He initiated and produced the Tudawali Award winning series, EVERYDAY BRAVE (2002, SBS) working with emerging Aboriginal directors to tell stories of unknown Aboriginal people who have made a difference to their communities. Rod co-produced WELCOME TO THE WAKS FAMILY (2003, SBS) about an orthodox Jewish family with 17 children. He produced and directed three series of AUSTRALIAN BIOGRAPHY (2003-2008, SBS) featuring significant Australians reflecting on their lives and produced CROSSING THE LINE (2005,ABC) about two medical students working in a remote Aboriginal community (Best Documentary Social and Political Issues, ATOM Awards and other awards). His most recent film as producer/director is WRONG SIDE OF THE BUS (2010, ABC), which has screened in Australia, USA, Canada, Israel, UK and South Africa and won Best African Documentary, International Film Festival South Africa.

Rod has also produced and directed a variety of half hour programs on rural and remote area health issues and THE STRONG SERIES, focusing on Aboriginal and Torres Strait Islander health initiatives aimed at helping to bridge the health gap between mainstream and Indigenous Australians.