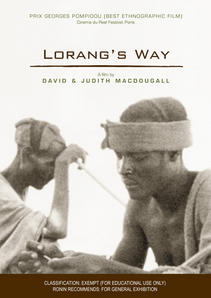 Because they are relatively isolated and self-sufficient, most Turkana (including Lorang's own son) see their way of life continuing unchanged into the future. But Lorang thinks otherwise, for he has seen something of the outside world.

LORANG'S WAY is a study of a man who has come to see his society as vulnerable and whose traditional role in it has been shaped by that realisation. The film explores Lorang's personality and ideas through his conversations with the filmmakers, the testimony of his friends and relatives, and observation of his behaviour with his wives, children and men of his own age and status.