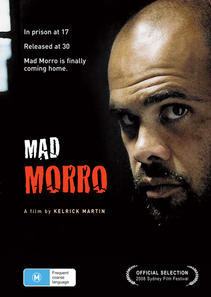 Debbie, like most mothers, sees her boys through rose coloured glasses. James is just her boy and she wants him home. James in turn wants to be everything his family has hoped, but he knows no other life aside from that behind bars. His aim is to return to some type of normal life – a career, a good woman, a family of his own, and to find peace. It is a search that sees attempted love, a battle with his own personal demons, and both the help and hindrance of his own family.

Following James and his family upon his release, this is a powerful, confronting and dramatic story about familial love and bonding, and how the effect of prison can either reinforce or break apart that relationship.

"James is a hard man and hard man to warm to – a born fighter with a short fuse and a chip on his shoulder. At the same time, you get a glimmer of his potential. He's handsome, a talented singer and guitar player and genuinely regrets the choices he's made. James's recidivism is all the more depressing when seen through the eyes of his mother, the heart and soul of this excellent documentary. Her unconditional love for her son and the gradual erosion of her hopes for him are heartbreaking to observe." - Greg Hassall, The Guide, Sydney Morning Herald, 29 June 2009.

"Mad Morro bravely crosses yet another border in search of a common humanity that knows no apartheid and shows us images that we've seldom seen on the screen." - Jane Mills, OnScreen.