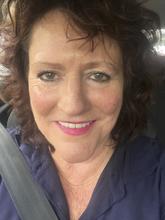 Producer/Director Judy Rymer has been making films for more than 30 years at her company Rymer Childs. Her work covers a wide range of subjects concentrating on social and political history and science – but always on subjects that are close to her heart.

In 2005, Rymer wrote and directed a documentary on a South Vietnamese family diaspora, ALL POINTS OF THE COMPASS for ABC Australia and BBC Scotland. She produced and directed TIMEBOMB, a critique of the New Zealand welfare system; the award-winning VICTORY OVER DEATH about artist, Colin McCahon which won gold at Chicago; FIFTEEN MINUTES OF FIRE for ABC Australia; and CINEMA OF UNEASE for the British Film Institute's Century of Cinema series for Channel 4, officially selected for Cannes International Film Festival and Best Documentary in the 1996 NZ Film Awards.

Rymer wrote and directed THE HISTORY OF THE BATHING COSTUME, screened on Discovery America and Channel Nine; POLES APART for SBS, on the controversial Australian purchase of Jackson Pollock's Blue Poles; and MESSAGE FROM MOREE, screened on ABC in 2004 to mark annual Aboriginal Rights Day. Her controversial underground series PUNISHED NOT PROTECTED in defence of asylum seekers has been widely distributed through schools and community groups.

More recently Rymer wrote and directed RISKING OUR KIDS presenting the views of research scientist Prof Fiona Stanley who predicts a modernity paradox could shorten life expectancy of the next generation. She also wrote and directed I WILL NOT BE SILENCED, nominated for the Oxam Global Justice award at IDFA 2015, and winner of the American INSIGHTS 2016 Freedom of Speech Award and Malaysia's FREEDOM FILMFEST 2015 for best International Feature.