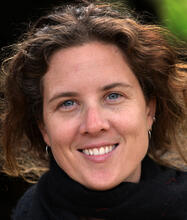 Anna created and produced the ground-breaking ABC Indigenous
comedy series, 8MMM Aboriginal Radio with Brindle Films and Princess Pictures. She produced the ICTV series Our Place in 2015, and 2 seasons of Card Stories in 2016 and 2018. Anna produced PAW Media's Yarripiri's Journey for NITV in 2018 and was the Line Producer on the feature documentary Finke: There and Back that premiered at 2018 Sydney Film Festival.

As well as producing, Anna is an established cinematographer of documentaries, including Aboriginal Rules (2007, ABC), Queen of the Desert (2012, ABC2), Yarripiri's Journey (2018, NITV).