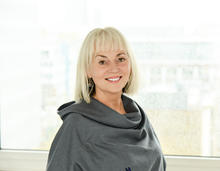 Greer Simpkin joined Bunya Productions as Producer and Head of Television in March 2015 after many years working in editorial and production roles in broadcasting - ABC (Australia) and Channel 4 (UK).

Since joining Bunya, Greer has produced the television drama series Mystery Road and the award winning feature films Sweet Country and Goldstone. Greer was an Executive Producer on the feature film Jasper Jones. She has also produced the documentary The Troublesome Priest for the ABC, the VR film Every King Tide for SBS and is currently producing the 3 x 1 hr drama/doc series Blue Water Empire for the ABC and the feature documentaries Sanctuary and Beautiful Minds (one of 6 Good Pitch Australia finalists in 2016).

Greer was Deputy Head of Fiction at the ABC for 5 years, where she was instrumental in commissioning a large slate of new dramas and narrative comedies and was an Executive Producer of The Code, The Secret River, Parer's War, Serangoon Road and Hiding.