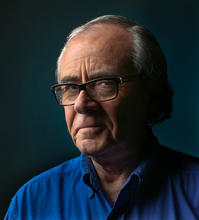 BULLYING CULTURES explains the social and psychological dynamics contributing to bullying cultures and what must be done to break those cultures.

RADICAL IDEAS IN JUSTICE AND REGULATION addresses the notion that because crime hurts, justice should heal.

Dominic is working on a collection of candid stories reflecting on survival, recovery, sacrifice and love which explores the world of Australian Defence Force veterans and their families following active service.