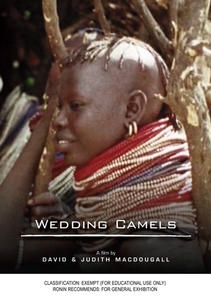 A girl of the homestead, Akai, is to marry Kongu, an old friend and age-mate of her father, Lorang. Because of the close ties between Lorang and Kongu, everything should go smoothly, but the pressures within the two families are such that the wedding negotiations become increasingly tense and almost break down altogether. Arranging the number and type of animals to be given as bridewealth demands an intricate balance between psychology and economics: Kongu must offer enough to please Lorang and his relatives but not so many that he appears weak or foolish or depletes his own family's herds. The outcome depends not only on traditional forms but also on the influence exerted by Lorang's wives and the manner in which Lorang chooses to resolve the dilemma that confronts him.