SCOTT HICKS: sculpting the movie - the experience of directing SHINE 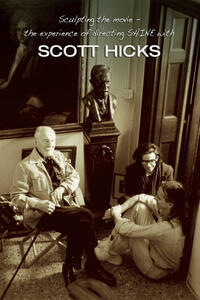 In this documentary, made for the 20th anniversary of the release of SHINE, director Scott Hicks recalls the long development of the project and the gradual assembly of a remarkable production team including actor Geoffrey Rush, producer Jane Scott and screenwriter Jan Sardi. Hicks recalls the complexities of shooting the film in Australia on a limited budget, contrasting with his subsequent experiences working in Hollywood on major studio productions. SHINE won a slate of national and international awards, culminating in the Oscar for Best Actor, and transformed Hicks's life as a filmmaker. His reflections on the doors that opened for him because of SHINE are rich with insights into the production industry.

It is one of three short films documenting the making of SHINE – see also GEOFFREY RUSH: The Imp, the Spirit, the Hero, and DAVID HIRSCHFELDER: Drawing the Audience In.

Each film is built around an informal interview conducted by film historian Andrew Pike (also the original theatrical distributor of SHINE through his company, Ronin Films), and is illustrated with archival material and clips from SHINE itself.