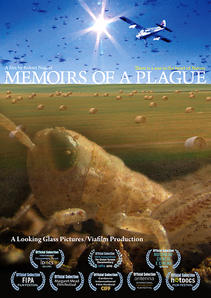 The war against locusts is as old as human civilisation. It is one of the universal stories we tell of our creation, lying deep within us. But where does the individual fit into this drama? What role does fate play and what role science?

The film follows the director's journey as he examines the complexity of the dramatic encounter between man and locust. Do we live outside or inside nature, and who is hunting who?