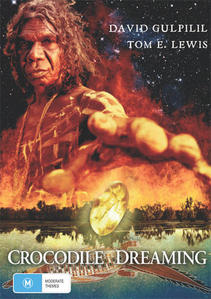 CROCODILE DREAMING is a modern day supernatural myth about two estranged brothers, played by iconic Indigenous actors DAVID  GULPILIL and TOM  E. LEWIS. Separated at birth, they have different fathers. One is readily accepted as a fully-fledged member of the tribe and is looked on to fulfill the duties of jungaiy, an important ceremonial role which obliges him to be caretaker for his mother's dreaming, the crocodile totem. The other, whose father was white, is younger and has had to struggle to fit into the tribe who see him only as a yella fella.

This riveting drama marks the remarkable debut fiction film of writer-director Darlene Johnson, after a distinguished career in documentaries such as RIVER OF NO RETURN, STOLEN GENERATIONS and GULPILIL: ONE RED BLOOD [all 3 films available from Ronin Films].

"Crocodile Dreaming is my mother's dreaming. It's not Crocodile Dundee, it's not Ten Canoes ... It's my true story." - David Gulpilil.