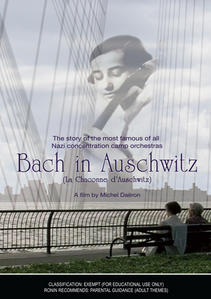 The Auschwitz Orchestra had over 40 members, all Jewish women, all escaping death in the gas chambers because of their musical ability. All were deeply traumatised, and five decades later recall their experiences.

The leader of the orchestra was Alma Rosé, the niece of the composer Gustav Mahler, and the daughter of a celebrated violinist, Arnold Rosé, who dedicated herself to rescuing female musicians from certain death and protecting them inside the Auschwitz camp.

The orchestra played daily at roll call, played marches, entertained the SS, and played when trains arrived delivering prisoners for the gas chambers, to help maintain calm in the camp. Their music resulted in their own survival - they had a job and an identity in the camp - but they experienced severe deprivations and suffering, and witnessed appalling atrocities.

Surviving members of the orchestra recall their experiences, and some re-visit Auschwitz to confront their past. The story of the orchestra and the heroism of Alma Rosé (who died aged 38 before the end of the war), emerges gradually from fragments of their memories.

Michel Daëron's film is oral history at its best: simple, patient and respectful. This is no conventional TV-style history documentary: there are few archival images, no reconstructions, no narrator. The women themselves are the true subjects of the film - living today with their common past a constant presence in their lives.