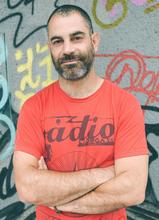 His films have covered such diverse topics as sub-Saharan African migration in Morocco, electronic waste in Ghana and illegal logging in Papua New Guinea, and have been screened and broadcast widely, winning numerous awards around the world.