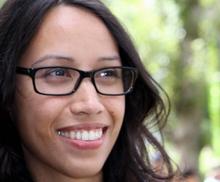 Katrina Lucas has worked with diverse communities and individuals to produce and direct documentary films. Her work has screened on both big and small screens around the world, including SBS, ABC, NITV, Al Jazeera English, The Adelaide Film Festival and The Enable Film Festival at the UN Headquarters in New York. She recently completely an online documentary series for ABC iview about an all-girl pop group with disabilities.