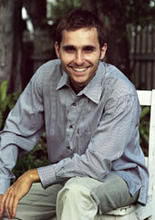 Peter's filmmaking career spans close to 20 years. He has been making films since the age of 17. His critically acclaimed films have won numerous awards around the world and been broadcast in many countries. Peter's work is characterized by a commitment to social justice be they documentary or drama.

In 1998 at the age of 21, he embarked on Grandfathers and Revolutions, a one hour documentary about his grandfather, the Prime Minister of Hungary who called in the Soviet troops to quash the Hungarian Revolution in 1956. The film established Peter as an international documentary filmmaker.

After starting his production company Soul Vision Films Pty Ltd, Peter made Inheritance, a fisherman's story based around an ecological disaster that occurred in Hungary in 2000. The film follows the life of a fisherman Balazs Meszaros who struggles to survive after the disaster. The film was short listed for the 2004 Academy Awards and won an additional seven awards around the world including Grand Prizes at the Global Peace Festival.

In 2011 working on two unique stories for two different broadcasters, Peter completed two feature documentaries: My America which premiered at the Sydney Film Festival and was broadcast around the world. The Trouble With St Mary's – broadcast on the ABC was about a rebel priest who sacked by the Catholic Church for unorthodox practices.

Since 2013 Peter has been working at Griffith Film School and is now the senior lecture and Program Director of the Master of Screen Production program.

In 2018, Peter completed the feature documentary Lili a co-production between Hungary and Australia about a young woman who abandoned her two year old daughter in 1956 setting off a cycle of abandonment in her family over three generations.