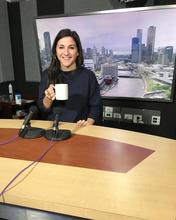 Gena Lida Riess is a Melbourne based filmmaker who completed a Masters of Film and Television Documentary in 2016 at the Victorian College of the Arts. She works as a freelance videographer and editor mostly for not-for-profit organisations and charities. Her interests mainly lie with documentaries focusing on social issues and their psychological impacts.