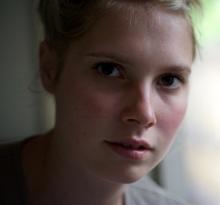 Sari Braithwaite is a documentary filmmaker drawn to bizarre true stories that reveal deeper truths about the world we live in. Her love of film, history and archive has led her to work as senior programmer for the Human Rights Arts and Film Festival, at the National Film and Sound Archive and as a research associate in Australian history at Monash University and University of Melbourne. While working at the NFSA Sari uncovered six hours of 8mm road movies which she used to create a music video for Munro Melano. MY HOMETOWN is a classic look into what it was like for a young working Australian band in the 60's and it premiered on opening night of the 2014 St Kilda Film Festival.