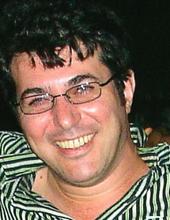 Miles Roston has filmed around the world from Vietnam to Australia to Sierra Leone. His 2003 film, 14 Million Dreams, about five orphans of AIDS in Kenya and Malawi debuted on World Aids Day on the Sundance Channel at the National Press Club in Washington, DC, and around the world. (Sundance since won the Cable Positive Award.) The film has since become partnered with of Nelson Mandela's 46664 concert series. His other films have also won him various awards and an Emmy nomination. In addition to documentaries, he co-created, and wrote and directed over 20 episodes of Aliens Among Us (2002) , a 65-part children's series blending animation, drama and documentary for Five in the UK, and airing internationally including on the ABC. His 2006 dramatic feature film, 15 Million Dreams, also set against the background of the AIDS epidemic, is in pre-production with producers Graham Bradstreet and Xoliswa Sithole.