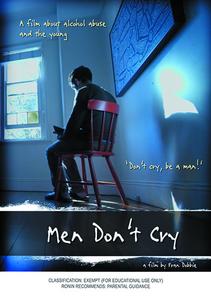 A mother's concern for her son and his abuse of alcohol takes her on a journey of her own self-discovery. She reflects on the past and her concerns for young people and their determination to experience life to its fullest. For years she watched helplessly, seeing the harm being done by high consumption levels of alcohol to young bodies, minds and emotional wellbeing.

This film, produced and directed by Fran Dobbie, observes the pain and hardship of alcohol abuse on families, and the internal pain of a mother feeling 'useless' as she observes the self-destruction of her child as he tries to become 'a man'.

Determined and persistent, she meets inspiring people such as Rev Bill Crews from the Exodus foundation, and hits the streets with Bill to meet kids struggling with addictions. She witnesses the miracles of individuals 'broken from the ruins of alcohol abuse' who are now repairing their lives. And finally, she is guided by her ancestors to meet Uncle Bob Randall, a traditional owner of Uluru in the Northern Territory, and hears his simple message of wisdom for healing one's addictions. She learns that her son's journey is as much hers as it is his.

MEN DON'T CRY is a hard-hitting, raw but compassionate and positive look at alcohol and young people: their feelings, their concerns, the harm done, and the preventative tools that are available - all leading to hope and a healthier life.

Fran Dobbie is the daughter of a Yuni woman from the south coast of NSW, and an English-born father. She is a teacher, author and motivational speaker and mother. As creator and former CEO of Essere Living Skills, a charitable organisation, she led a team that delivered resilience building and self-esteem workshops for young people. She is the producer of two series about the personal development of young people – ON THE EDGE (2009) and OVER THE EDGE (2009). Both series are available from Ronin Films.