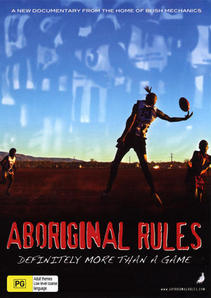 ABORIGINAL RULES follows a year in the life of the Yuendumu Magpies Football Team as they battle it out in the red dirt of the Central Australian Outback. The dust, hard knocks and chaos of a bush footy game are all part of the complicated inter-tribal rivalry that is played out when any two teams meet.

ABORIGINAL RULES is an invitation to discover what it means to be a young Warlpiri Warrior fighting for a place in the team. The culture might be 40,000 years old, but now the rules have changed, and football is the new Dreaming that holds the balance in young men's lives.