BERKELEY IN THE SIXTIES 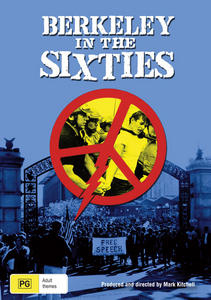 The 1960s alumni of the Berkeley campus tell their stories about how the quiet school became the site of massive political activism on the part of students fighting for their right of political expression on campus and then against the Vietnam War.

Nominated for an Academy Award in the Documentary category, BERKELEY IN THE SIXTIES chronicles the reality of life in Berkeley, California, during the turbulent years of the rise and fall of the US student protest movement, from free speech to the Peace Movement and counter-culture and on to the start of the Women's Movement.

A film by Mark Kitchell.

"A REAL TRIUMPH! ABSORBING AND PROVOCATIVE. A valuable attempt to put the events of that decade into perspective." - Village Voice.

"A POTENT BLAST FROM THE PAST ... sweeping and event-filled ... a lively chronicle." - New York Times.

"THIS REALLY IS THE SIXTIES ... a vivid sense of history." - Los Angeles Times.

BEYOND THE ROYAL VEIL