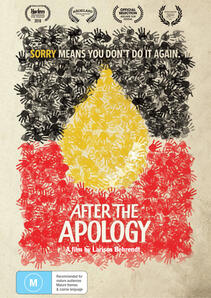 The removal of Indigenous children from their families has increased at an exponential rate since Prime Minister Kevin Rudd delivered the apology to the 'stolen generations' in 2008.

In Larissa Behrendt's riveting documentary, four Aboriginal women each face their own battle to challenge government policies and bureaucracies to bring their grandchildren home. Their grassroots actions spearhead a national conversation to curb skyrocketing rates of child removal.

Suellyn Tighe thought the NSW Department of Family and Community Services (FACS) would only remove children in extreme cases until her own grandchildren were taken in the middle of the night.

Jen Swan expected to continue to care for her grandchildren but she was deemed unsuitable by FACS, a shock not just to her but to her sister, Deb, who was, at the time, a FACS worker; Deb quit her job with the department after witnessing her sister's experience.

Hazel Collins decided to take on the FACS system after her fourth grandchild was taken into state care. She started Grandmothers Against Removals (GMAR) as a response to the rising rates of child removal and along the way she has been joined by families across Australia in the battle to bring the kids home.

Together are not only taking on the system; they are changing it.

I come to this subject matter with a very personal passion for it. My grandmother was a stolen generations woman and my father grew up in an orphanage. Their treatment under the removal policy was one of the strongest motivating factors for me choosing a career in law. Like many Aboriginal people, I was touched by Kevin Rudd's apology speech and believed it would be a turning point on how child welfare matters were dealt with.

It is shocking to me that the number of Aboriginal children being removed today by welfare agencies is higher than during the time of the Stolen Generations.

As a legal researcher and lawyer, my team has worked on the several cases of child removal – all instances where children were removed wrongly and parents or grandparents had to fight to regain children back into their care. Through this work I met Hazel Collins, Suellyn Tighe and Deb Swan. For me, they embody what I love most about the matriarchs in my community. They are agents of change.

Their stories are similar and striking – 'ordinary' women who find themselves in a situation that is unfair. To me, they embody the spirit of self-determination.

Throughout the film the women independently find themselves in a situation they never imagined – fighting the state for the return of their children and grandchildren. We follow them as they find other women who are in similar situations and it leads to them starting Grandmothers Against Removal. They go from marching in the streets to changing departmental policies.

Suellyn becomes a kind of bush lawyer who can quote the legislation back at bureaucrats. Hazel works to make changes in her own community. And we see the extraordinary story of Deb Swan, a former DOCS worker, who, after her sister, Jenny, has her grandchildren removed, leaves her job within the system to start fighting it.

The film includes animated vignettes of the stories of four women – Donna, Kerry, Audrey and Barbara – who have their own stories of unjust removals. They are a mix of fragility and steeliness and together they highlight the diverse range of women who are fighting for their families in what is clearly a national issue.

I am also interested in drawing out the links between what is happening now and the events that were chronicled in the 1997 Bringing them Home report. I bring the archival material to life through performance in a way that merges past and present and evokes the emotional experience of members of the stolen generations who were brave enough to tell their stories and stands as a reminder that the past is always present.

I want the audience to feel for the people whose stories we hear. I want them to understand what underlying issues are leading to the epidemic rates of child removal. I want them to be angry, ask how can this be happening today and know they can help Aboriginal people and their organisations to make a difference.