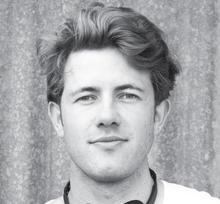 Daniel's first film, the short documentary Murder Mouth, polarised audiences - fuelling furious debate, plenty of gasps and tears, and along the way picked up selections and awards at festivals around the world, including Slamdance, American Documentary Festival, and Inside Film Awards.

The broadcast spin-off Meatwork continued to challenge the audience's daily diet - gaining access to an Australian abattoir and over two months explored the lives and minds of the slaughtermen that work there. Meatwork screened on ABC2 in 2012, and Daniel is now taking the project even further to produce Maddie Parry: Tough Jobs, a second spin-off commissioned by the ABC exploring the people working in morally fraught jobs throughout Australia – shooting in locations as varied and challenging as the deep forest of Tasmania, abortion clinics and the brothels of Melbourne. Most recently Daniel has produced the feature documentary Barbecue, filming across thirteen countries - revealing strangely inspiring characters and shared global vision of the good life.