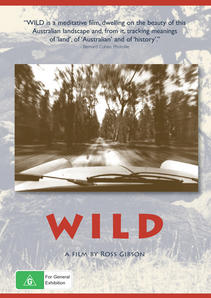 Exploring the beauty and unruliness of the Pilliga forest in northern New South Wales, the film activates several mentalities, visions and languages - from cinematography, surveying, science and poetry to horticulture, history and ecology. Woven into this tapestry are the philosophies of land-tending cultures from several corners of the world, including the Kamilaroi Aborigines and the peasants of south-east China. The Pilliga was examined by Eric Rolls in his monumental book, 'A Million Wild Acres'. Gibson's film takes Rolls' work as its starting point and seeks out ways to extend and adapt the written ideas into a new, cinematic evocation of the forest.

In the film, two fictional characters interpret and re-interpret the Pilliga. The main voice belongs to an archivist, who has discovered a collection of old audio tapes containing stories and research reports gathered by an eccentric historian whose life was spent investigating the forest. The interplay of voices and visions takes us meditatively into the forest until we begin to sense how the shape of the country is also the shape of our history.

Through its poetic observations, WILD leads us toward an understanding of how we might begin to settle, at last, with our past and into our landscape.