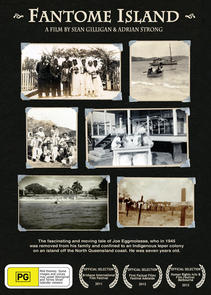 In 1945 seven year-old Joe Eggmolesse was diagnosed with leprosy. He was taken from his family under police escort and transported by rail and sea over a thousand kilometres to Fantome Island where he was incarcerated for the next ten years.

The isolated tropical island off the North Queensland coast became home to a close-knit community of Indigenous 'lepers' whose marginalised existence was hidden from white society and has until now remained absent from the mainstream historical record. Cared for by nuns from the Franciscan Missionaries of Mary, their isolation was the consequence of apartheid-like policies developed by the Queensland government and medical establishment which espoused a eugenicist philosophy and regarded racial segregation as standard practice.

As one of the few surviving former patients, Joe returns to the island for a long awaited event, the Fantome Island Remembrance Day. As a 73 year old Elder, Joe reflects thoughtfully on his Fantome years, shedding light on what it was like to be both Indigenous and a 'leper' during a period of racism and paranoia. From the pre-cure years as one of the 'walking dead' to the acceptance of a life lived under unique and trying circumstances, Joe shares his story as he questions the context surrounding it. Fusing pathos with ironic humour, Joe's poignant journey offers a profound and personal insight into a dark side of Australian history.

Follow this link to view the FANTOME ISLAND trailer: www.youtube.com/watch?v=sAJKKFIMlnw

RYDIN' TIME [from the CAAMA Collection]