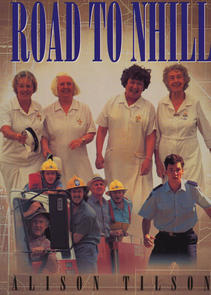 This book is the original screenplay by Alison Tilson for the highly successful feature film released nationally in 1998, directed by Sue Brooks and produced by Sue Maslin.

Nhill is a tiny Victorian country town with an ageing population looking forward to a future of peaceful decline. Life in Nhill is as stable and predictable as it can be. Until a car full of lady bowlers overturns near the ten-mile. The red herrings and comic blunders which follow are the stuff from which Alison Tilson weaves this gentle and ultimately profound rumination on life, death and what goes on in between.

The DVD of the feature film, ROAD TO NHILL, is also available from Ronin Films - www.roninfilms.com.au/feature/457.html