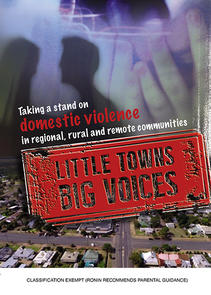 Little Towns Big Voices - a tough and inspiring doco addressing the scourge of domestic violence and shining a light on positive solutions - is one of the most important projects I've been involved with, and I commend it highly to communities and educators.' - Peter Garrett