CARING FOR THE LAGOON 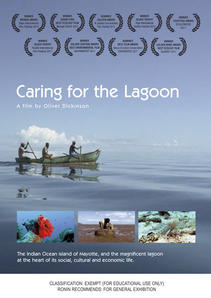 The lagoon of Mayotte, an island in the Indian Ocean, is a microcosm of the challenges facing vulnerable ecological systems world-wide. Its story also offers a model for community action to protect fragile systems.

Mayotte is a French territory and a destination for large numbers of French holiday-makers. The lagoon is one of the largest in the world, with an enclosing reef of nearly 200km in length: it is at the very heart of the island's social, cultural and economic life.

Oliver Dickinson's beautifully crafted observational documentary explores the many ways in which the islanders - the Mahorans - are committed to protecting the lagoon, with its 22 species of marine mammals, 200 species of coral, and 700 species of fish.

Economic development together with an increasing population have put severe strains on the lagoon's marine life. Work to preserve the lagoon starts at the top of the mountains of Mayotte: terrestrial and marine ecosystems are strongly linked together, and the health of the lagoon is vulnerable to mud and waste water.

Fishermen, farmers, tour operators, artists and environmental groups, are all part of the story of creating awareness and building a community culture of "caring" for the lagoon for future generations.

The vibrant music for the film is composed and performed by Eliasse, a young Mahoran composer and master of the guitar, who has been performing on European stages since 1999.