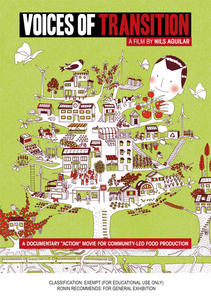 Powered by the conviction that crisis can be a major catalyst for change, Voices of Transition present paths towards a new model of human existence: one which is fair, environmentally sound and fulfilling, with soil and people supporting each other in a balanced and sustainable system.

France is a leader in agroforestry research. The natural forest eco-system is the best source of inspiration for the shift away from destructive monocultural farming to diversified and truly efficient agricultural ecosystems.

With its roots in the UK, the Transition Town movement is now booming globally. Numerous grassroots initiatives are bringing food production into the city, encouraging resource-conscious thinking and re-localising infrastructure.

When the Soviet Union collapsed, so did Cuba's oil supply. The country's farms faced an unprecedented crisis. But Cuba has used this desperate situation to become a pioneer of agroecology and urban farming: 70% of all fruits and vegetables eaten in Havana are now grown in the city - and they're organic.

"A MASTERPIECE! Fascinating in both content and delivery." - Prof. Uwe Schneidewind, President Wuppertal Institute for Climate, Environment and Energy.

"As this important and honest film shows, we can transition to a new world - provided we summon the will!" - Bill McKibben, founder 350.org, environmental journalist, climate activist.