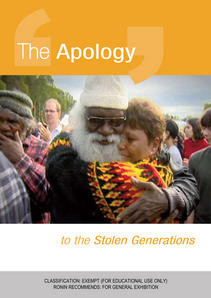 The apology to the Stolen Generations by the Australian Parliament on 13 February 2008 was a powerful and memorable moment in the nation's history, for Indigenous and non-Indigenous people alike.

The Apology begins two days before the historic event as people began to gather in Canberra. It includes interviews, stories and many special moments including the first Welcome to Country in the Federal Parliament.

The film captures the anticipation on a thousand faces as Prime Minister Kevin Rudd delivers the apology, and then the spontaneous outpouring of emotion all around the country.

A Reconciliation Australia project funded by the Department of Families, Housing, Community Services and Indigenous Affairs.