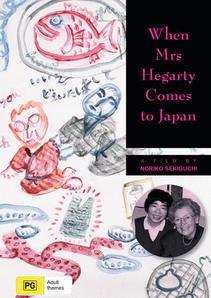 While close, Noriko sensed in Jack a buried resentment towards her, perhaps due to his experience fighting Japanese in World War II. Jack died in 1988 with this issue unresolved. Now retired and widowed, Mrs Hegarty lives alone in a Sydney western suburb. She is a devout Catholic and bowls at Ashfield Lawn Bowling Club. Mrs Hegarty expressed a desire to visit Japan and Yuki saw this as an opportunity to right some wrongs. In appreciation of Mrs Hegarty's hospitality, the natural parents of her 'adopted Japanese daughter' agreed to host Mrs Hegarty in their Yokohama home for three weeks.