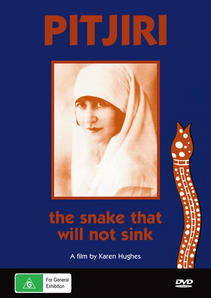 A young white nurse who became part of an Aboriginal legend.

The story of Ruth Heathcock, a young white nurse who worked with the Aborigines from 1928 onwards in health missions. A special relationship developed between her and the Aborigines she treated, who gave her the name Pitjiri ("the snake that will not sink"), and allowed her to see secret rituals performed and become party to secret Aboriginal knowledge. She was a pioneer in black-white relations and was also involved with legislation regarding the non-isolation of leprosy sufferers. At the age of 84 she was living in Adelaide and involved with the establishment of an Aboriginal Heritage Centre. Besides looking at Ruth's story, the film also follows her return to the country and tribal people of Ngukurr who influenced her life markedly.