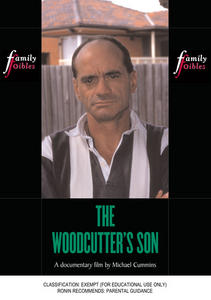 Allan is 45 years old and a published poet. At 17, Allan's father told him if he ever went to gaol he would lose his family. Allan became a notorious bank robber and his dad was proved right.

Thirty years later, his father is dead and Allan is seeking reconciliation with his mother and sister. In the meanwhile, he has found substitute families in gaol and latterly at Ozanam Community Centre, where Allan has spent time since his release from Pentridge.

Now he travels back to country Victoria, to the town of his youth, wondering which family he really belongs to - his substitute family of crims and street people who understand him or the biological family to whom he is a stranger.

The other 4 episodes in the FAMILY FOIBLES series are: KIM & HARLEY & THE KIDS, MICK'S GIFT, MY MOTHER NANCY and UPSTAIRS DOWNSTAIRS.